Fr. Joel Sember was ordained a priest in 2007 for the diocese of Green Bay, Wisconsin. He became pastor here on August 3, 2020. Prior to this assignment he served as associate pastor in Oshkosh and De Pere and pastor of three parishes in southern Oconto County. He holds a B.A. in philosophy and Catholic studies from the University of St. Thomas, a bachelor’s in sacred theology from the Pontifical Gregorian University, and a license in sacred theology from the Pontifical University Santa Croce in Rome. He is the second-oldest of seven children. His parents live in southeast Wisconsin. Between ministry and parish meetings, Fr. Joel rides a motorcycle and paddles a kayak around great Wisconsin lakes. You can listen to his homily podcast every Sunday at PilgrimPriest.us 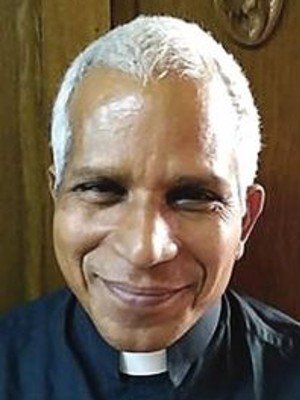 I am Fr. George Daniel, coming from a devout Catholic family. We are three brothers and a sister. I come from Pakistan, which is a majority Muslim country. The Muslims form 98% and the rest are Christians, Hindus, and so on.

I was born in in Lahore, joined the minor seminary, then the major seminary and was ordained a priest on October 19, 1990. During this education, from then to date, I have served at seminaries and at various parishes in the
Archdiocese of Lahore.

I have been visiting to Canada and USA quite frequently for a long time. But once about four years ago, I came to attend a marriage of a parishioner of mine from Lahore, Pakistan while I was in Washington D.C. serving at a church. It was there in the marriage party, that I was invited to come to Green Bay. It took me a few years to decide because there was never a thought of serving anywhere else other than my own diocese. 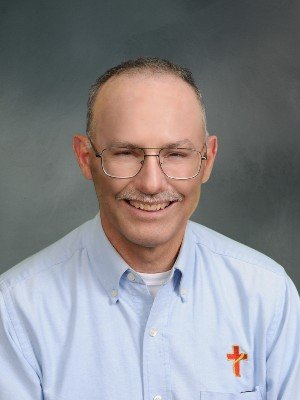 Deacon Andrew Paul Bures was the second born of eleven children to Robert and Florence Bures. He has three brothers and seven sisters. He grew up on a small dairy farm in Deerbrook, Wi. He entered army basic training four days after high school graduation and spent the next four years on active duty. Most of this time was spent serving in Germany. Upon returning home he continued in the army reserves for the next sixteen years. During that time, he studied at St. John’s University, Collegeville, MN earning a BA in psychology and at UW Madison earning an MS in Social Work. He met his wife during this time and married after graduation in 1988. During the following ten years working as a school social worker with the Shawano-Gresham School District, Andy and Stephanie had three children, Nicholas, Emily and Jacob. In 1999 they all moved back to the farm Andy grew up on and purchased it from his parents. Since then, he has operated the farm as an organic dairy with help from an apprentice whom he is teaching to farm. During this time Stephanie taught in various schools, the children all graduated from college and Dcn Andy was ordained on May 18, 2013. He loves playing sports but is best at softball. He currently plays on a slowpitch softball team. He also really enjoys the peace and solitude of living in the country. He likes to sing and enjoys a variety of music including country, classic rock, hard rock, Christian rock, jazz and the blues. He even remembers a solo he sang in a Christmas play during second grade.